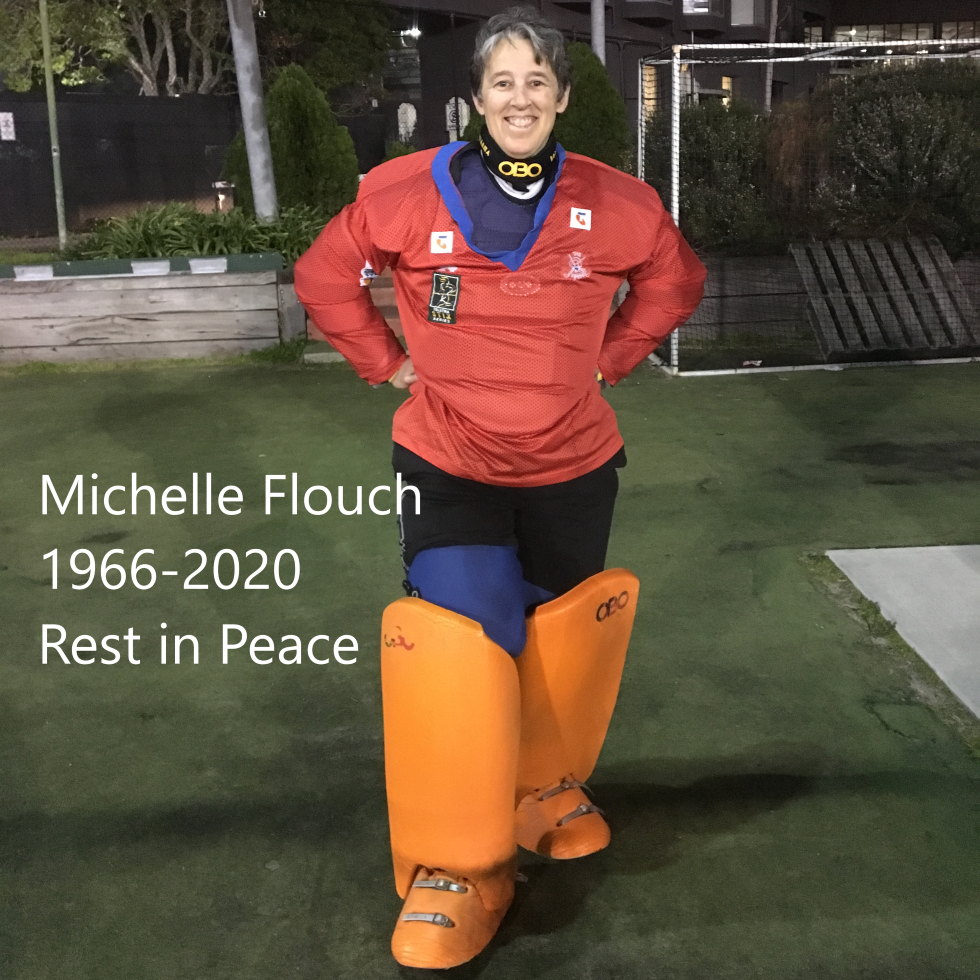 From 2021, The Michelle Flouch Cup will be awarded to the winning side when Doncaster and MCC Hockey women’s top division teams meet for the first time each season.

The Cup is named in honour of Michelle ‘Flouchy’ Flouch, who was an Exceptional Goalkeeper, Inspirational Coach, Mentor, Manager and passionate Teammate.  Flouchy was an unstoppable force both on and off the field who contributed on many levels across the hockey community.  Michelle lost her battle with cancer in May 2020.

The inaugural Michelle Flouch Cup will be played on Saturday 31st July 2021 at Doncaster Hockey Club at 3.30pm.  Unfortunately spectators will not be possible due to Covid restrictions.

Michelle Flouch began her playing career at Doncaster Hockey Club as a junior, which culminated in playing 6 years as the clubs Womens top grade Goal Keeper.  Michelle was integral in helping Doncaster win their first ever Womens League One Premiership in 1988, where the match against Camberwell was decided on penalty strokes.  Michelle saved four of the four strokes she faced.  The Club went on to become back-to-back premiers in 1989.

Michelle moved to MCC for the 1991 season and her impact upon MCC Hockey was immediate both on and off the field. Perhaps her most outstanding performance (earning her Player of the Match honours) was in the 1993 WSL1 Grand Final against Waverley, which went to extra time and ultimately strokes. Flouchy saved three, with one going wide and only one converted. From up in the stands it was impossible to see how Waverley was going to score against her. The grin on the face, the slight swagger as she walked to position… then save after save! It almost made you feel sorry for the stroke takers. Almost!

She remained at MCC in roles as coach, Team Manager and mentor.

Throughout her career, Michelle’s exceptional goal keeping coaching skills, influenced the development of many goalkeepers from both Doncaster and MCC Hockey, as well as the countless number of goalkeepers throughout Victoria at Junior, State and National Levels.

Michelle represented Victoria at junior and senior state levels and was also part of the Australian National Squad, and reserve GK for 1988 Seoul Olympics.