During the course of the year, with all of our own competitions, administration, dramas, victories, losses and social events, it can be easy to forget that we, as the MCC Hockey Section, are a part of something much larger than just hockey.  Yet we are.  Part of something much much larger, in fact.  That we are the MCC Hockey Section, rather than Club, is note-worthy not just for its relative uniqueness, but also for the exceptional history and opportunities to which it grants us access.

The MCC Hockey Section was established in 1961, one of the first new sporting sections to come under the umbrella of the world famous Melbourne Cricket Club.  Today, there are 12 sporting sections on top of cricket, including everything from the superstars of the Melbourne Demons Football Club, to more leisurely pursuits in croquet, bowls and golf, Australian favourites such as tennis, netball (and hockey?!), and even the likes of real tennis, lacrosse, and baseball.

Ordinarily, our exposure to these other sections comes just once or twice a year: in the shared access to the fantastic Members Dining Room or Hans Ebeling Room at the MCG, most notably during the MCC Sporting Sections dinner.  It is at this dinner that the respective sections summarise their own seasons and achievements.  Across completely different sports – some team, some individual, elite-level or those just playing for fun – and hosted in varying locations at different times of year, what remains a clear and powerful constant throughout is the badge for which every single section and their members play: that of the MCC.

What a shame, then, that here was some of the only crossover between all these different sporting sections, full of talented athletes and dedicated volunteers all proudly representing this wonderful club.

And so it was that Craig Gration, Chair of the MCC Hockey Section, reached out to Peter Wright, his counterpart in Squash, to see if they might be obliging in helping out with an event for the men’s section ahead of the 2020 season, starting in April.  Peter was all ears, courts and racquets, and on Saturday 22nd February – just before the more serious pre-season stuff kicks in – a group of hockey players who didn’t know their “hot ball” from their “short line” arrived at MCC Squash’s new home at MSAC for a friendly but competitive hit-out.

The MCC Squash Section were fantastic hosts, providing an intro to the game together with some basic coaching, as well as all racquets and a structured little knock-out tournament.  A fantastic afternoon was had by all, and MCC Hockey looks forward to returning the favour at some point in the future.  At the same time, we extend an open invite to all the other MCC sporting sections – can we be of service?  If so, please get in touch!  We are all of us as sections part of this great club with its wonderful networks and opportunities – let’s start making the most of them!

For more information on MCC Squash, check out their web page here, or Facebook page here. 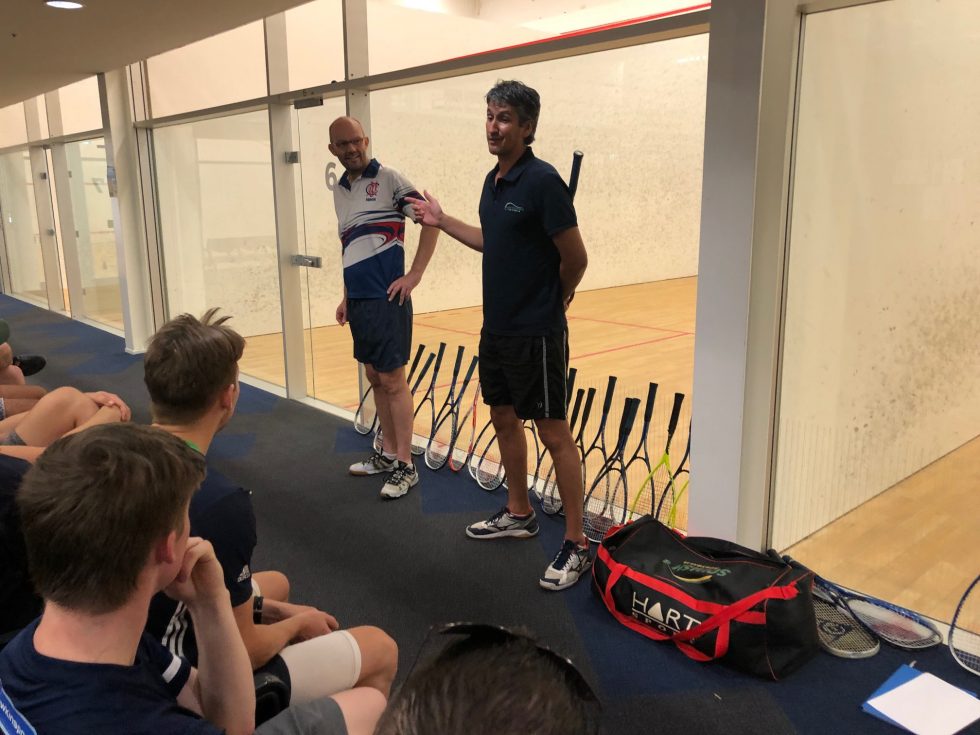 An introduction to the basics 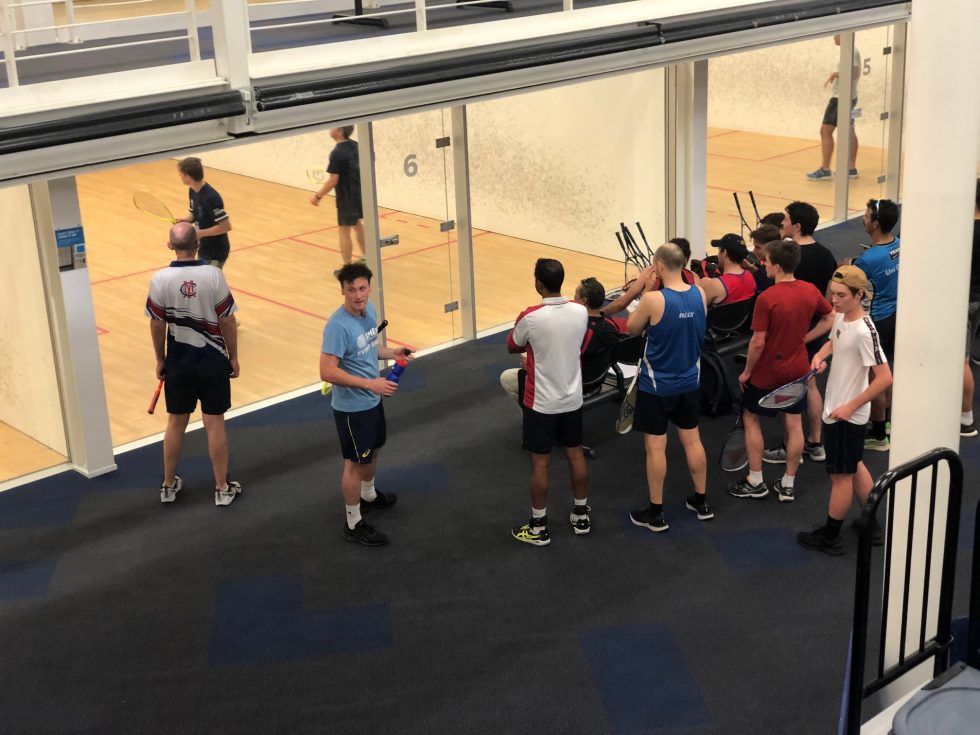 The guys watch on as the grand final plays out 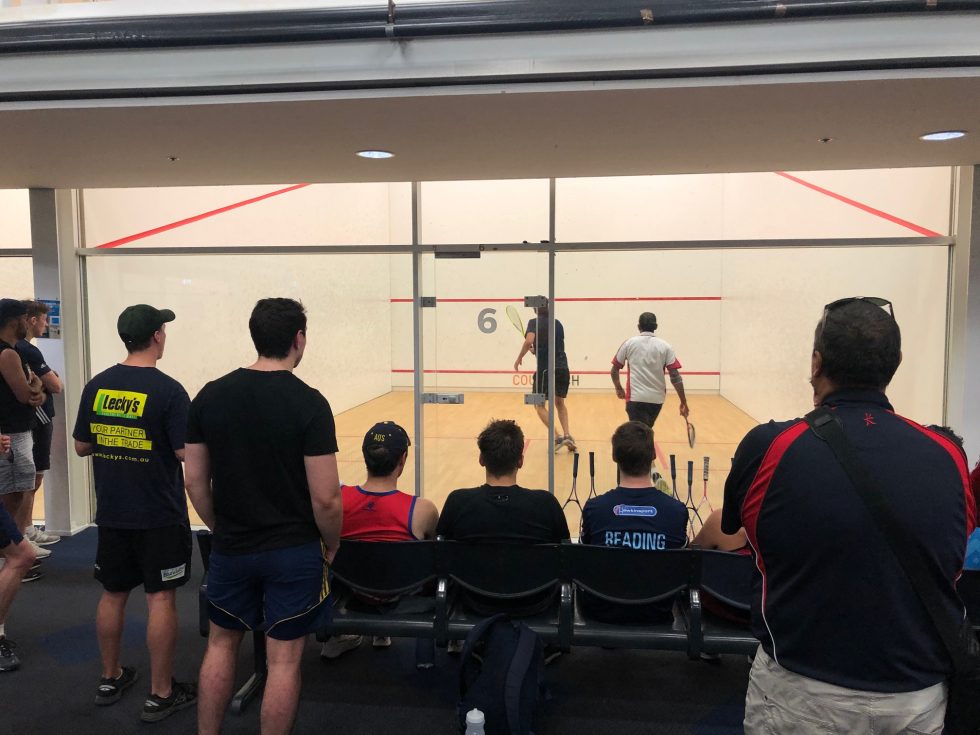