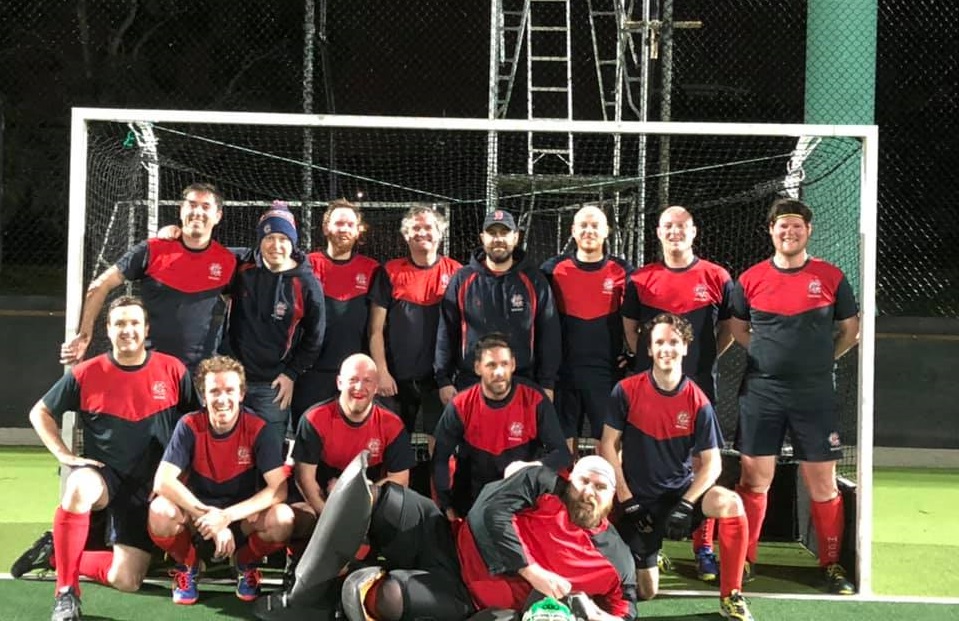 In the wake of the Men’s Premier League side securing their first ever Preliminary Final spot, the two remaining MCC Hockey Men’s Masters teams have gone one better and secured spots in their own respective Grand Finals on Monday night.  35C won out 3-2 against Hawthorn, whilst 45D saw off TEM 2-1.  Your move, MPL…

In the 35C game, Hawthorn drew first blood in the first half.  However, after some good attacking pressure a penalty stroke was awarded to MCC.  Mark Scammel, who bagged all four goals the previous weekend, stepped up, but missed.  He soon redeemed himself by converting a PC (that he should have passed off) to make it 1-1 at half time.  MCC put serious pressure on Hawthorn early in the second half, earning another PC.  This time Scammel passed 😲 to Paul Valenti who slapped in to put the Dees ahead 2-1.  Hawthorn struck back following a well-executed cross from their winger, leading to a thrilling finish with the scores at 2-2.  With a few minutes left, Doug Hemmingway became the hero with a well executed pass into the bottom corner of the goal to make it 3-2. The team held out for the sweet sweet sound of full time, and will now face TEM in the Grand Final next Monday 16th.

Nearby at Melbourne High School, the 45Ds played out a commanding defensive game, while Gary Harper was able to bag two goals at the other end, final score 2-1.  Their Grand Final will be against Powerhouse St Kilda, also next Monday 16th.